Official site
Shin Koihime†Musou: Otome Taisen Sangokushi Engi (真・恋姫†夢想 ～乙女対戦★三国志演義~) - the first fighting game is a spin-off from the original series of eroge novels in which the heroines of the Three Kingdoms era find out which of them is the strongest, fighting among themselves. The arcade edition came out on July 30, 2011 and version 1.2 came out next year on June 4. The PC version was released on May 31, 2013. A PS3 version was released on February 20, 2014.

The game follows a 1v1 format on a 2D stage. The ten available fighters are organized into their respective factions: Shoku, Gi, and Go each has three while Ryofu alone represents her own faction. Along with the fighters, each faction also has strategists who would pair up with a chosen fighter of the same faction: Shoku, Gi, and Go each has two while Ryofu has one. The strategists enable the player to perform special attacks.

In the game there are only ten characters, each of which has its own fighting skills and style. Also, for selection, one of the seven strategists is available to each character, each of them is attached to that or an individual character. 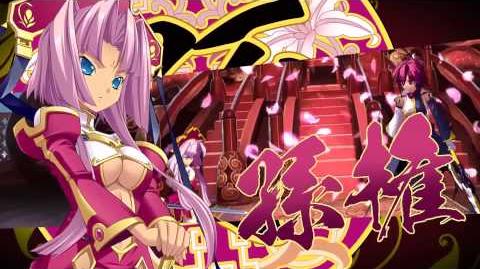 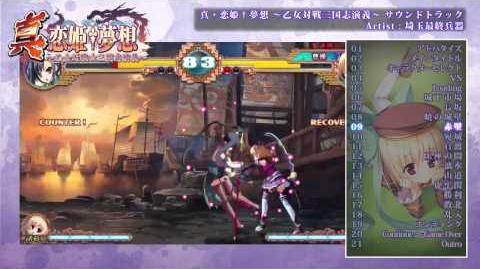 Demo video featuring all the fighters