Shin Koihime†Musou: Moeshouden (真・恋姫†無双～萌将伝～), is a Japanese adult bishojo alternate historical slapstick romantic comedy visual novel developed and published by BaseSon, and a fan-disc to Shin Koihime†Musou which was released on July 23, 2010 with providing many additional scenes. It is the continuation of a hypothetical "perfect" route, where no one dies and Kazuto unites all three kingdoms into an alliance, becoming an emperor; instead of waging wars, the girls compete with each other for Kazuto's love.

Moeshouden was the final game in the Koihime†Musou series. In this fandisk, there’s no more fighting among the kingdoms. Instead, all 52 heroines fight for Kazuto’s love. Or maybe he can settle for a harem in the true sense of the word. 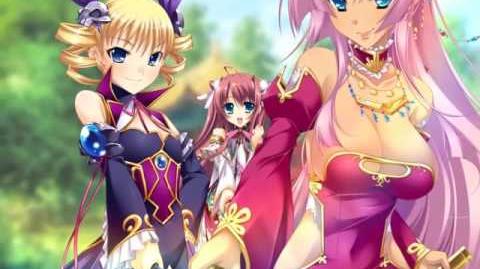