Sengoku†Koihime: ~Otome Kenran ☆ Sengoku Emaki~(戦国†恋姫～乙女絢爛☆戦国絵巻～) is a Japanese bishojo alternate historical slapstick romantic comedy visual novel developed and published by BaseSon, and the first installment in the Sengoku†Koihime series. It takes place after the Shin Koihime†Musou main storyline and is about Kazuto's nephew, Nitta Kensuke, who gets warped to an alternate version of feudal Japan in the Sengoku period. Like his uncle in Koihime†Musou, Kensuke meets an all-female main cast of the Sengoku heroes and is considered to be a divine figure. However, unlike its predecessors, Sengoku†Koihime is rated 15+ and doesn't contain any H-scenes.
An eroge (18+) version, renamed Sengoku † Koihime X ~Otome Kenran ☆ Sengoku Emaki~ (戦国†恋姫Ｘ ～乙女絢爛☆戦国絵巻～), introduces H-scenes as well as new characters and events, and was released on April 28, 2016.
On February 23, 2021, a sequel trilogy Sengoku†Koihime EX is announced along with Shin Koihime†Eiyūtan 4 • 5 • Gaiden.

Kensuke trained hard every day under the tutelage of his uncle Kazuto. One day, when he held a sword he found in the storehouse, he lost consciousness. When he came to, he found himself in a place he did not recognize. He met a girl who introduced herself as Oda Kuon Nobunaga. She held out her hand to a stunned Kensuke and asked him to become her husband and accompany her on the road to national supremacy.

They travelled across the country, racking up victories in this period of social upheaval. However, there was one enemy they could not defeat: the oni. These man-eating, blood-drinking beasts soon took over all of Japan, plunging the country into hell. However, Kuon and Kensuke vowed to continue fighting, issuing a written appeal to all the influential lords: “Samurai who are not afraid of even the oni, gather under me and let us save Japan together!” 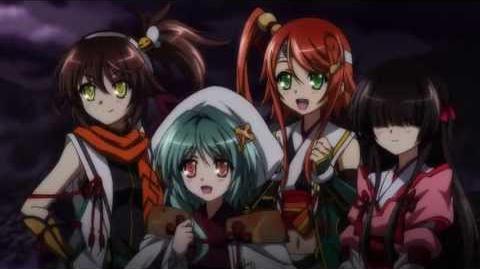 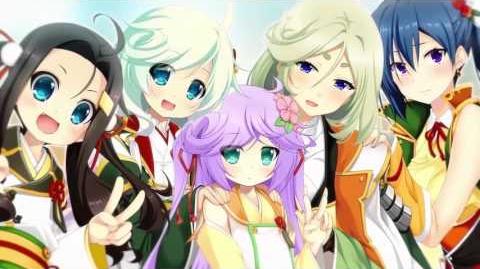